During the archaeological work on the territory of 10 kilometers from Yerevan researchers discovered the ruins of an ancient temple at the beginning of the 20th century. The ruins of the structure were buried under a thick layer of ground. After excavations and reconstruction of the initial appearance of the building the specialists found out that Zvartnots Cathedral, one of the largest and most admirable religious monuments of Armenia in the times of the early Middle Ages, was located in place of the hill. Religious construction laid the foundation for the birth of a new direction in architecture and gained great fame around the world. The temple was remarkable for its amazing beauty and lightness of construction. 300 years later it was completely destroyed by an earthquake. Only the first level of the building has been restored at this moment. Archaeological Museum is located here. 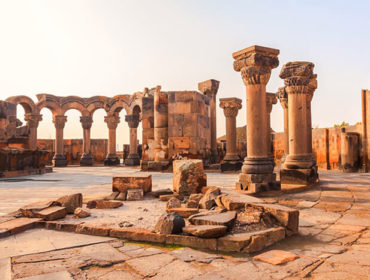 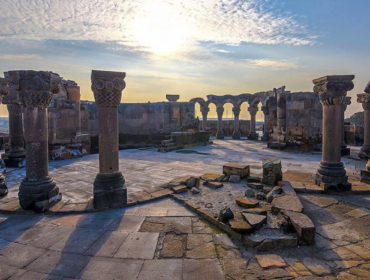 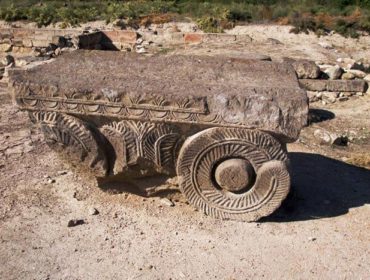 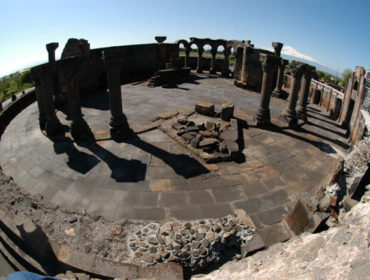 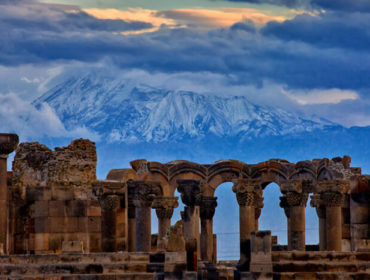 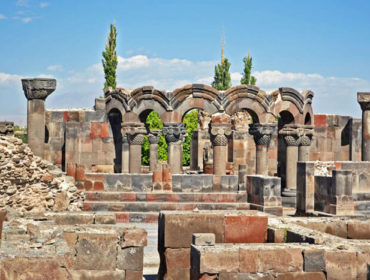 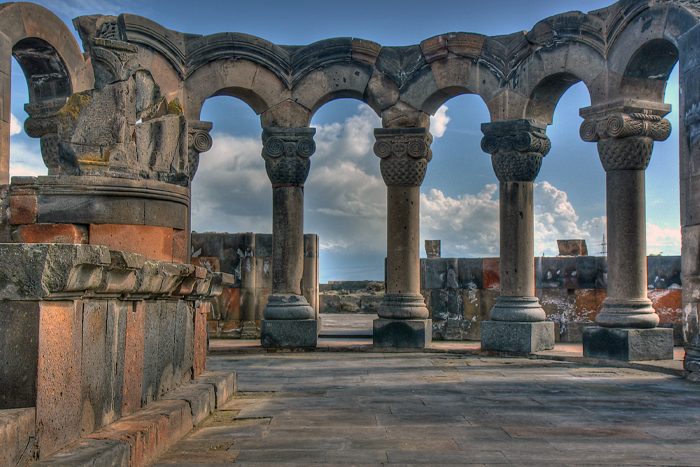 How to get Zvartnots Cathedral from Yerevan?

The well-established transport infrastructure of Armenia allows to get to Zvartnots Cathedral by a private car or with the help of various travel companies which offer regular excursions and tours to different sights of the country. Due to the geographical location of Zvartnots Cathedral the trip will not seem long.

The high season in Armenia lasts for a long time due to the pleasant climate conditions. Warm days in Armenia start in March and last until late autumn; winter is usually snowless and not long. The high precipitation season is variable. The tourist season for Zvartnots Cathedral depends on the weather conditions.

Zvartnots Cathedral on the map of Armenia

Sights nearby of Zvartnots Cathedral

The best tours to Zvartnots Cathedral 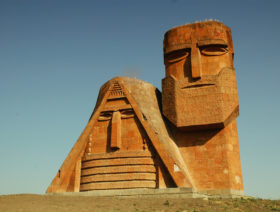