TOP 7 ATTRACTIONS OF LAKE SEVAN AND ITS SURROUNDINGS

Lake Sevan is beautiful at any time of the year. That’s why it is used to call it “the pearl of Armenia”. The water in Sevan is rather cold, even in hot weather its temperature rarely rises above 20-22 degrees. Therefore, the swimming season on the lake is relatively short. Although, Sevan, even in the cool season, remains one of the main excursion destinations in Armenia, because there are many significant and interesting sights here.

Sevanavank is an early medieval monastery complex founded in the 9th century. However, his story begins much earlier. It is believed that before 305 AD. here was a pagan sanctuary, on the site of which a church was later erected. And it was built by Gregory the Illuminator – the founder of Christianity in Armenia. At the end of the 9th century, the monastery was rebuilt and acquired its final appearance.

Sevanavank was previously located on a small island. Later, the level of the lake dropped, turning this territory into a peninsula. The building of the monastery stands on a hill with a magnificent view of Lake Sevan and the surrounding mountains.

The monastery was built in the 9th century. Hayravank was built with traditional architecture style. A special atmosphere reigns here: it seems that each stone literally “breathes” the spirit of antiquity. Near the monastery you can see carved “khachkars” made of bright orange stone and decorated with fine “lace” carving.

Khachkars (from the Armenian “khach” – cross and “kar” – stone) can be found almost everywhere in Armenia. It is believed that each of the “stone crosses” is unique in its own way: the combination of patterns, background and delicate, masterfully executed carving is never exactly repeated. The world’s largest “khachkar cemetery” is located in Noratus. The unusual attraction occupies an area of about 7 hectares, and the number of “cross-stones” located here exceeds a thousand.

The island of seagulls is located in the Norashen reserve of the “Sevan” national park. Here is located the largest colony of Armenian gulls, a unique local bird species listed in the Red Book of Armenia.

A picturesque natural sight for extreme lovers. Having climbed Armagan, on the top of the mountain you can see a very beautiful small lake, as well as the small chapel. Well, the main reward will be an incredible view of Sevanand surroundings from a height of almost three thousand meters.

The monastery complex Makenyats (7th century), consisting of 37 different monuments and buildings, is located on the outskirts of the village of Makenis, south of Sevan. Information about Makenyats monastery can be found in various historical sources. In the early Middle Ages, Makenyats was both a spiritual and educational center, where some of the country’s outstanding social and religious figures studied.

“Vazgenyan” is the seminary of the Armenian Apostolic Church, which prepares future clergymen. The institution received its name in honor of the Catholicos of All Armenians Vazgen the First. The building of the seminary is located on the Sevan peninsula. For the first time, a spiritual and educational institution was opened in 1897, and the reopening took place in 1990. The complex includes several functional buildings and two churches. Nowadays,  here held meetings with people of art and science are, and conferences as well. 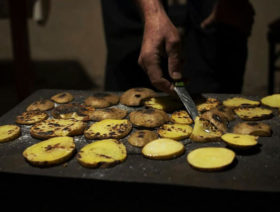 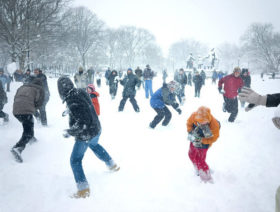 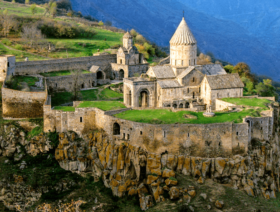 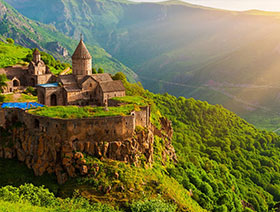 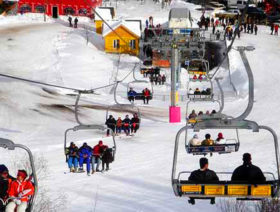 "MAY HOLIDAYS IN ARMENIA" 4-DAY TOUR 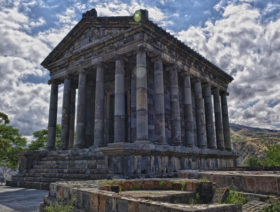 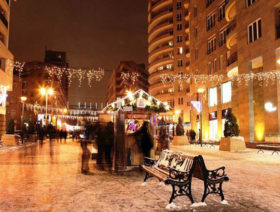