Tsitsernakaberd memorial complex is dedicated to 1,5 million Armenians who were victims of the first genocide of 20th century done by Turkish Government. Since the construction of the Memorial complex in 1967 it has become the inseparable part of the Armenian architecture and a sanctuary for the Armenian. Located on the hilltop and separated from the common landscape, the memorial is perfectly intertwined with the surroundings, and the simple outline of the structure is transferred by the spirit of the survivor nation. According to the tradition, this height has received the name “Tsitsernakaberd” for the local swallows living here who helped pagan gods Vahagn and Astghik to communicate. 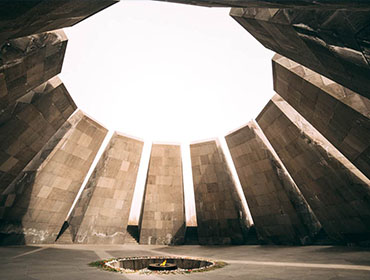 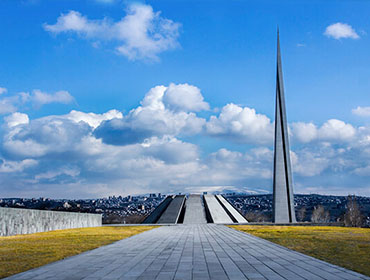 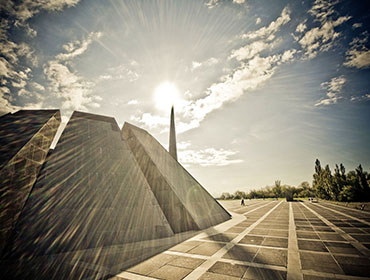 How to get Tsitsernakaberd memorial complex from Yerevan

The high season in Armenia lasts for a long time due to the pleasant climate conditions. Warm days in Armenia start in March and last until late autumn; winter is usually snowless and not long. The high precipitation season is variable. The tourist season for Tsitsernakaberd memorial complex depends on the weather conditions.

Tsitsernakaberd memorial complex on the map of Armenia

THE BEST TOURS AND EXCURSIONS TO TSITSERNAKABERD MEMORIAL COMPLEX