Sardarapat Memorial complex is a unique object of architecture established in honor of the crushing victory of Armenian people in the Armenian-Turkish battle of 1918. This historic event had a decisive role for Armenia. The memorial ensemble was erected in 1968 in connection with the fiftieth anniversary of the battle. Red tuff was predominantly used for construction. The central object of the architectural complex is the tomb-bell tower on both sides of which there are huge sculptures in the form of winged bulls. There is a mass grave underneath it where the soldiers who died during the battle are buried. Bulls symbolize those who survived and now protect the memory of the dead. Another element of Sardarapat complex is the memorial Wall of the Victory decorated with bas-relief. 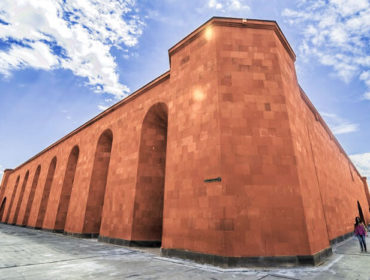 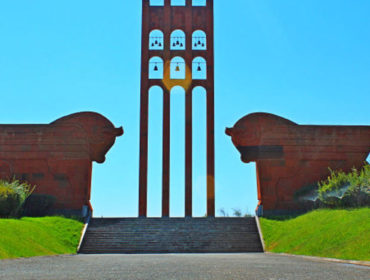 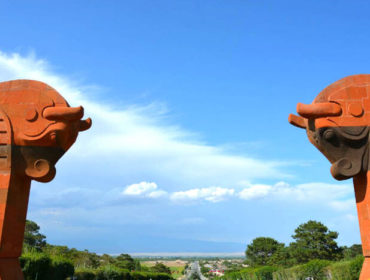 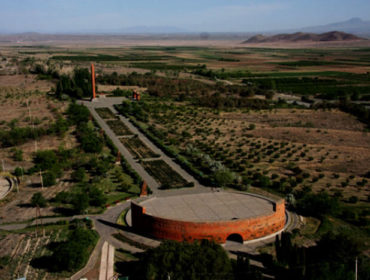 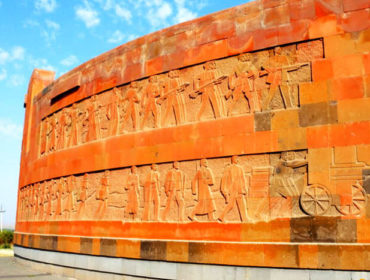 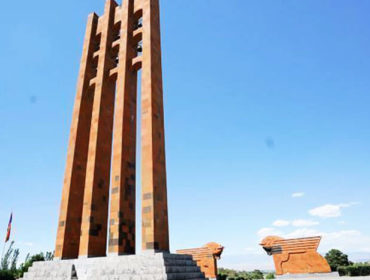 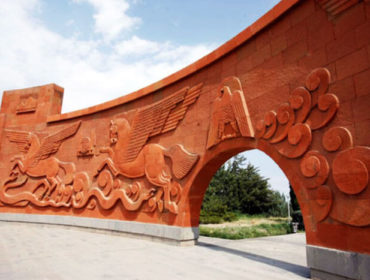 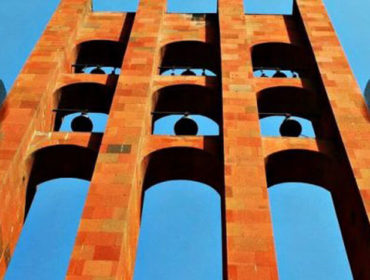 How to get Sardarapat Memorial from Yerevan?

The well-established transport infrastructure of Armenia allows to get to Sardarapat Memorial by a private car or with the help of various travel companies which offer regular excursions and tours to different sights of the country. Due to the geographical location of Sardarapat Memorial the trip will not seem long.

The high season in Armenia lasts for a long time due to the pleasant climate conditions. Warm days in Armenia start in March and last until late autumn; winter is usually snowless and not long. The high precipitation season is variable. The tourist season for Sardarapat Memorial depends on the weather conditions.

Sardarapat Memorial on the map of Armenia

Sights nearby of Sardarapat Memorial

The best tours to Sardarapat Memorial