Arkazi Surb Khach monastery is located in Vayots Dzor province 7 km to the east from Vernashen village. It was a well known pilgrimage place. The monastery is called Surb Khach (Holy Cross) since the wooden relic of the cross, on which Jesus Christ was crucified was kept in the South-Eastern sacristy of the church. The church was built of sandstone. It is a domed basilica with four dimensions that join the arches and keep the dome. There is a semi-circular altar and tombstones in the eastern part. There are three entrances: in the western, southern and northern sides. 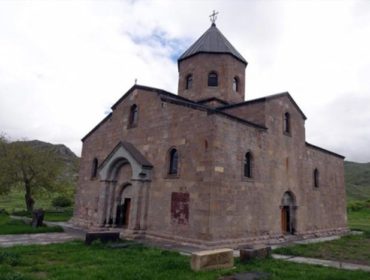 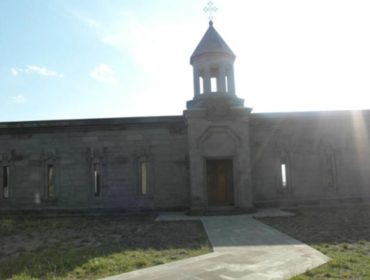 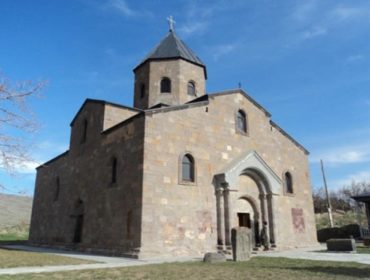 How to get Arkazi Monastery from Yerevan

The well-established transport infrastructure of Armenia allows to get to Arkazi Monastery by a private car or with the help of various travel companies which offer regular excursions and tours to different sights of the country. Due to the geographical location of Arkazi Monastery the trip will not seem long.

The high season in Armenia lasts for a long time due to the pleasant climate conditions. Warm days in Armenia start in March and last until late autumn; winter is usually snowless and not long. The high precipitation season is variable. The tourist season for Arkazi Monastery depends on the weather conditions.

Arkazi Monastery on the map of Armenia

THE BEST TOURS AND EXCURSIONS TO ARKAZ MONASTERY