St. Shoghakat church is a late object of the Etchmiadzin architectural complex. It was erected from brown tuff in the form of a domed hall which was popular in Armenia in the 6th and 7th centuries. The interior is restrained and laconic. The architectural elements and ornaments decorating the temple from the inside are made in the same way as the decoration of the St. Hripsime church and the main cathedral of Etchmiadzin. St. Shoghakat church was built in the place of imprisonment of one of the Christian virgins who fled from Rome and were tortured by the Armenian pagan king Trdat III. According to the legend, it was here that the “light fell” on martyrs and this phenomenon is translated into Armenian as “Shoghakat”. 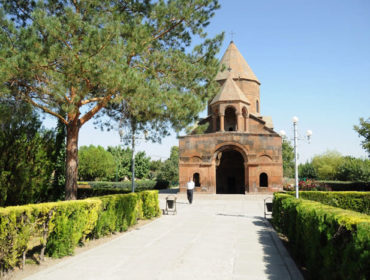 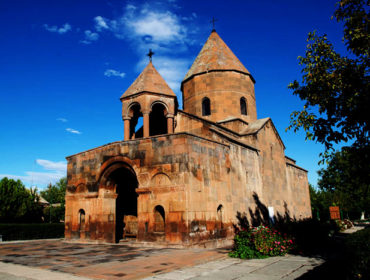 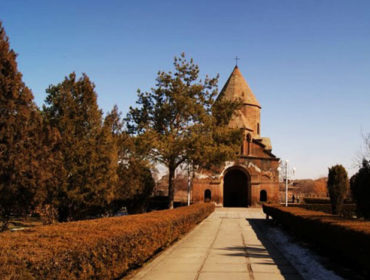 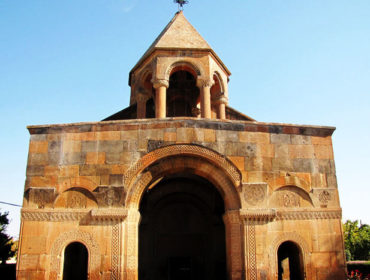 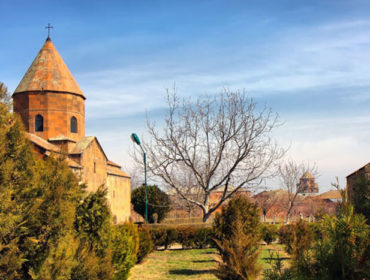 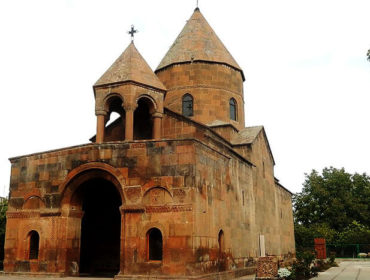 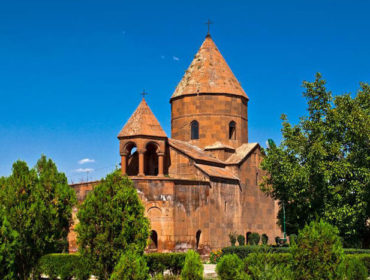 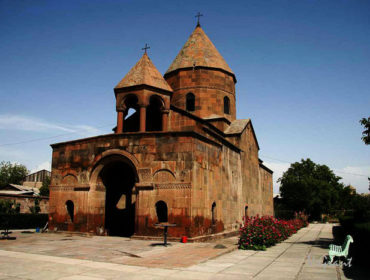 How to get St. Shoghakat church from Yerevan?

The well-established transport infrastructure of Armenia allows to get to St. Shoghakat church by a private car or with the help of various travel companies which offer regular excursions and tours to different sights of the country. Due to the geographical location of St. Shoghakat church the trip will not seem long.

The high season in Armenia lasts for a long time due to the pleasant climate conditions. Warm days in Armenia start in March and last until late autumn; winter is usually snowless and not long. The high precipitation season is variable. The tourist season for St. Shoghakat church depends on the weather conditions.

St. Shoghakat church on the map of Armenia

Sights nearby of St. Shoghakat church