St. Hovhannes Church, also called Mastara, is located in Mastara village. According to the historical sources relics of St. John the Baptist brought by Grigor the Illuminator from Caesarea, are buried here. That’s why the village is called Mastara (“mas” is translated from Armenian as “relics”). According to the inscriptions preserved on the south and eastern walls of the church it was built in VII century by priest Grigor under the Bishop Teodoros Gnuni. However, judging by architecture of the church it was built earlier, in the V century, and in VII it was only reconstructed. The church of St Hovhannes in Mastara was reconstructed several times. A wall was erected around the church in XVIII century, which served as a fortress for a long time. However, the wall was demolished in 1889 by local priest’s order who also initiated reconstruction works in the church. 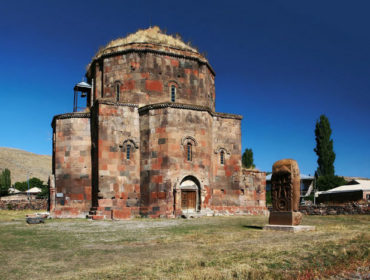 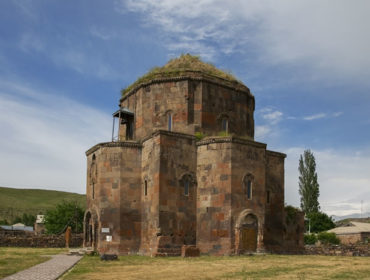 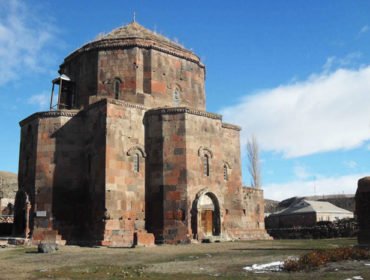 How to get Church of St. Hovhannes from Yerevan?

The well-established transport infrastructure of Armenia allows to get to Church of St. Hovhannes by a private car or with the help of various travel companies which offer regular excursions and tours to different sights of the country. Due to the geographical location of teh Church of St. Hovhannes the trip will not seem long.

The high season in Armenia lasts for a long time due to the pleasant climate conditions. Warm days in Armenia start in March and last until late autumn; winter is usually snowless and not long. The high precipitation season is variable. The tourist season for Church of St. Hovhannes depends on the weather conditions.

Interesting facts about the Church of Saint Hovhannes (John)

Church of St. Hovhannes on the map of Armenia

Sights nearby of Tegher Monastery

The best tours to Church of St. Hovhannes