The church of St. Nshan, situated in Gyumri, was constructed during 1859-1864 with funds from residents of Ghahraman Arghutyants Ruller and Alexandrapol. The church was named St. Astvatsatsin until 1870, according to the inscriptions above the southern and northern doors. The church stopped working during the moment of the Soviet Union and the building served as a repository and then as a theater. During the 1988 earthquake, the church experienced a lot, namely the dome and the belfry were destroyed. A choice was made during the Soviet Times to transform the church into an observatory. The church dome was removed, observatory equipment on top of the church was adapted, costly telescopes and glasses were bought and carried from Europe to the town․ As local individuals and priests say a day before the opening ceremony, a devastating lightning struck the church in a sunny day from nowhere and demolished all the telescopes. There was no debate about the choice to turn the church into an observatory and it was restored as an apostolic church. 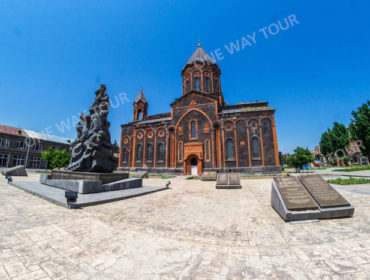 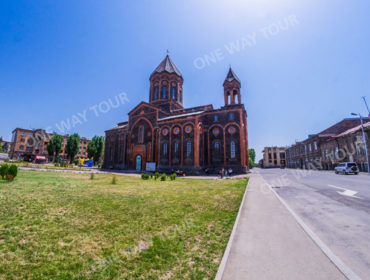 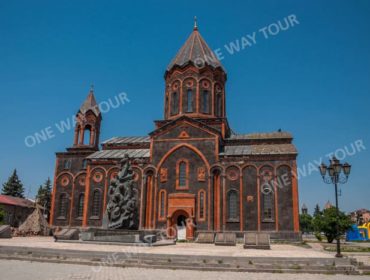 How to get St. Nshan Church from Yerevan?

The well-established transport infrastructure of Armenia allows to get to St. Nshan Church by a private car or with the help of various travel companies which offer regular excursions and tours to different sights of the country. Due to the geographical location of St. Nshan Church the trip will not seem long.

The high season in Armenia lasts for a long time due to the pleasant climate conditions. Warm days in Armenia start in March and last until late autumn; winter is usually snowless and not long. The high precipitation season is variable. The tourist season for St. Nshan Church depends on the weather conditions.

St. Nshan Church on the map of Armenia

Sights nearby of St. Nshan Church