There is an ancient Sanahin village located near Alaverdi city, in Lori province. The village is famous for the eponymous monastery complex (10-13 century). Sanahin was originally intended for exiled monks who were hiding from the persecution of the Byzantine emperor. The complex was erected on the initiative of the Armenian king Ashot III Voghormats (Merciful) in 966. Subsequently, Sanahin became not only a spiritual, but also an educational center. The school opened here was turned into an academy where prominent figures of Armenian science of the Middle Ages taught. Sanahin monastery complex is included in the UNESCO World Heritage List. 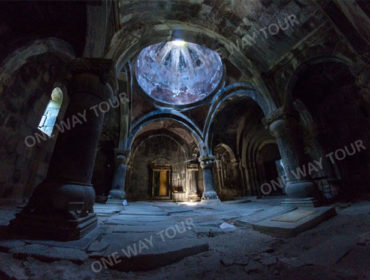 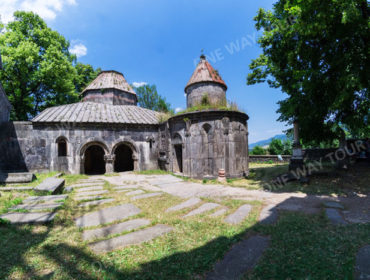 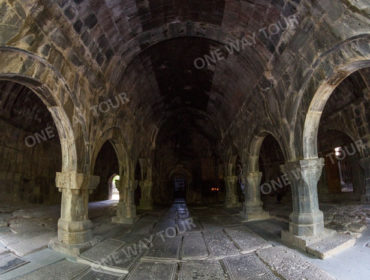 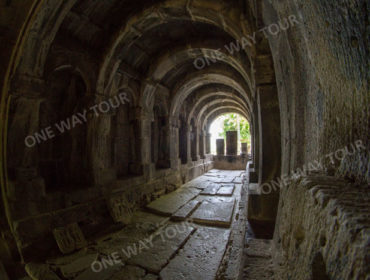 How to get Sanahin monastery from Yerevan?

The well-established transport infrastructure of Armenia allows to get to Sanahin monastery by a private car or with the help of various travel companies which offer regular excursions and tours to different sights of the country. Due to the geographical location of Sanahin monastery the trip will not seem long.

The high season in Armenia lasts for a long time due to the pleasant climate conditions. Warm days in Armenia start in March and last until late autumn; winter is usually snowless and not long. The high precipitation season is variable. The tourist season for Sanahin monastery depends on the weather conditions.

Sanahin monastery on the map of Armenia

Sights nearby of Sanahin monastery

The best tours to Sanahin monastery